This is the first outline of the parts of the organizational structure of IASTI, the final structure and the finer details are under development during 2014.

Annual assembly
IASTI is a non-profit organization. All full members of IASTI have the same statues in IASTI. The annual assembly of IASTI takes place in January via the Internet. All full members have one vote. Decisions will be made with single majority; this means the support of 51% of the present members at the assembly. A vote on nominees to the admission committee, however, requires a nominated committee member to receive 75% of the votes as well as the support from the committee itself. If an IASTI member cannot participate at the annual assembly, the vote can be given in advance via the admission committee.

– Assess the application of candidates;
– Handle complaints from the public;
– Mediate within IASTI if a request is made to do so; and
– Guide affiliate members toward mentorship and supervision groups within IASTI.

Structure overview:
The following basis of the IASTI organizational structure was adopted at the Members Annual Meeting January 29, 2014.

Turn over
A new full member institute will be elected to replace one member of the committee every second year starting in 2014. For a nominated member institute to be elected to represent IASTI in the admission committee, the institute needs to do the following:
-Be a full member of IASTI;
-Have the support from the committee itself;
-Be nominated and have accepted the nomination before the annual assembly; and
-Have a strong majority (75%) of the votes of the full members present at the assembly meeting. 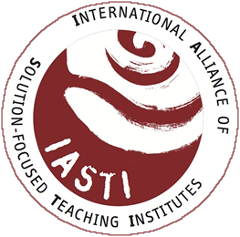